Mirrors and Mirroring from Antiquity to the Early Modern Period (Hardcover) 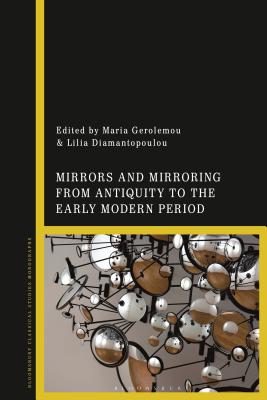 Mirrors and Mirroring from Antiquity to the Early Modern Period (Hardcover)

This volume examines mirrors and mirroring through a series of multidisciplinary essays, especially focusing on the intersection between technological and cultural dynamics of mirrors. The international scholars brought together here explore critical questions around the mirror as artefact and the phenomenon of mirroring.

Beside the common visual registration of an action or inaction, in a two dimensional and reversed form, various types of mirrors often possess special abilities which can produce a distorted picture of reality, serving in this way illusion and falsehood. Part I looks at a selection of theory from ancient writers, demonstrating the concern to explore these same questions in antiquity. Part II considers the role reflections can play in forming ideas of gender and identity. Beyond the everyday, we see in Part III how oracular mirrors and magical mirrors reveal the invisible divine - prosthetics that allow us to look where the eye cannot reach. Finally, Part IV considers mirrors' roles in displaying the visible and invisible in antiquity and since.
Maria Gerolemou is Leventis Research Associate in Classics and Ancient History at the University of Exeter, UK. She is the author of 'Automatic' Theatre in Ancient Greek Drama (Bloomsbury, forthcoming). Lilia Diamantopoulou is Assistant Professor for Modern Greek Studies at the University of Vienna, Austria.