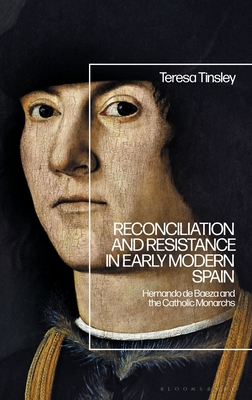 This book offers an original perspective on the emergence of early modern Spain from multi-faith Iberia. It uses the eventful career of Hernando de Baeza - an interpreter, intermediary, and author positioned at the intersection of the so-called 'three cultures' of medieval Iberia (Judaism, Islam and Christianity) - as a thread to connect the conflicts, controversies and preoccupations of an age in which Christianising the whole world seemed an attainable dream.

Teresa Tinsley draws on a wealth of extensive archival evidence, together with Baeza's own memoir on the downfall of Muslim Granada (translated here for the first time), to demonstrate the widespread resistance to the authoritarian and exclusionary Christianity which would come to be associated with Spain, the Inquisition, and the Catholic Monarchs of the period. In the process, Tinsley provides a nuanced alternative account of the tensions, compromises and competing interests which underlay Spain's emergence as a world power.
Teresa Tinsley is a linguist and researcher who obtained her PhD in History from the University of Exeter, UK in 2019. She is the author of numerous articles exploring 15th and 16th century Spanish history published in both English and Spanish.