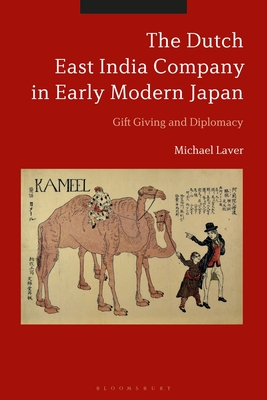 Michael Laver examines how the giving of exotic gifts in early modern Japan facilitated Dutch trade by ascribing legitimacy to the shogunal government and by playing into the shogun's desire to create a worldview centered on a Japanese tributary state. The book reveals how formal and informal gift exchange also created a smooth working relationship between the Dutch and the Japanese bureaucracy, allowing the politically charged issue of foreign trade to proceed relatively uninterrupted for over two centuries.

Based mainly on Dutch diaries and official Dutch East India Company records, as well as exhaustive secondary research conducted in Dutch, English, and Japanese, this new study fills an important gap in our knowledge of European-Japanese relations. It will also be of great interest to anyone studying the history of material culture and cross-cultural relations in a global context.
Michael Laver is Department Chair and Associate Professor of History at the Rochester Institute of Technology, USA. He is the author of The Sakoku Edicts and the Politics of Tokugawa Hegemony (2011) and Japan's Economy by Proxy in the Seventeenth Century (2008).