Operation Car Wash: Brazil's Institutionalized Crime and the Inside Story of the Biggest Corruption Scandal in History (Hardcover) 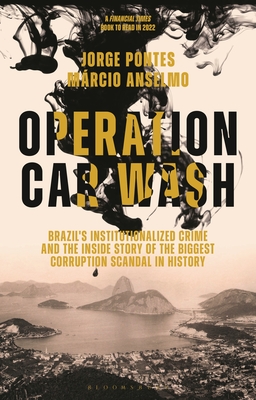 Operation Car Wash: Brazil's Institutionalized Crime and the Inside Story of the Biggest Corruption Scandal in History (Hardcover)

A Financial Times Book to Read in 2022

Operation Car Wash is the inside story of two Brazilian Federal Police officers who found themselves at the centre of the biggest corruption scandal in history; uncovering a web of political and corporate racketeering which would lead them all the way to the arrest and imprisonment of the nation's President.

Through engrossing first-hand testimony, Pontes and Anselmo recount the uphill battle faced by the Federal Police in apprehending Brazil's white-collar criminals, in a country where the war on drugs has become a convenient distraction for the politicians and businessmen extracting billions of dollars from the public purse. A historical record that reads like a political police thriller, Operation Car Wash is also a warning to the world: demonstrating how easily institutionalized crime can take root in a nation, and how difficult it can be to eradicate.