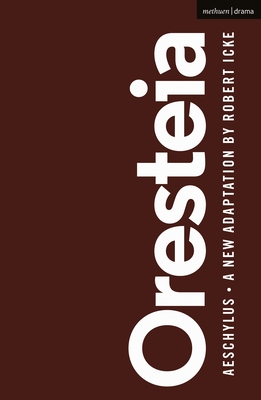 By Aeschylus, Robert Icke (Adapted by)

Orestes' parents are at war. A family drama spanning several decades, a huge, moving, bloody saga, Aeschylus' greatest and final play asks whether justice can ever be done - and continues to resonate more than two millennia after it was written.

Following Mr Burns and 1984, Almeida Associate Director Robert Icke radically reimagines Oresteia for the modern stage, in its first major London production in more than a decade. Lia Williams returns to the Almeida as Klytemnestra.
Robert Icke is a writer and theatre director. He was the Artistic Director of the Arden Theatre Company from 2003-7 and of the Swan Theatre Company from 2005-8. From 2010-13 he was Associate Director at Headlong, where he worked on all of the company's productions and directed three of his own. He is currently Associate Director at the Almeida alongside Artistic Director Rupert Goold. His production of 1984 won 'Best Director' at the UK Theatre Awards 2014, 'Best Director' at the Liverpool Arts Awards 2013, and was nominated for 'Best New Play' at the 2014 Olivier Awards. In 2014, Robert was selected as one of the Hospital club's 100 most influential and innovative people working across Britain's creative industries.