Politics and Governance in the Middle East (Paperback) 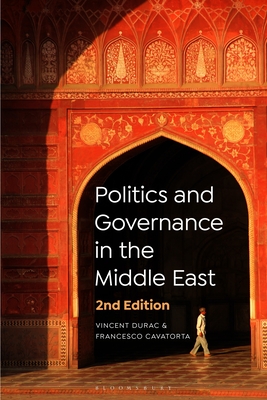 Politics and Governance in the Middle East (Paperback)

This textbook offers a systematic and up-to-date introduction to politics and society in the Middle East. Taking a thematic approach that engages with core theory as well as a wide range of research, it examines postcolonial political, social and economic developments in the region, while also scrutinising the domestic and international factors that have played a central role in these developments.

Topics covered include the role of religion in political life, gender and politics, the Israel-Palestine conflict, civil war in Syria, the ongoing threat posed by Islamist groups such as Islamic State as well as the effects of increasing globalisation across the MENA. Following the ongoing legacy of the Arab Spring, it pays particular attention to the tension between processes of democratization and the persistence of authoritarian rule in the region. This new edition offers: - Coverage of the latest developments, with expanded coverage of the military and security apparatus, regional conflict and the Arab uprisings - Textboxes linking key themes to specific historical events, figures and concepts - Comparative spotlight features focusing on the politics and governance of individual countries. This is an ideal resource for undergraduate and postgraduate students approaching Middle Eastern politics for the first time.