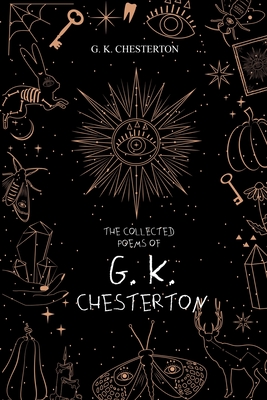 This book takes you on a journey to solve mysteries, fight dragons, debate religion, and quarrel among politicians in the parliament.

It will have you smiling at its witty sarcasm, tearing up over its nostalgic rhythm, and frowning in perplexion at its mind-twisting ideas

"Chesterton was the best writer of the 20th century. He said something about everything and he said it better than anybody else."

This collection is timelessly invaluable. Here's what Ahlquist has to say about people first being introduced to Chesterton's works.

"They are amazed by what they have discovered. They are thankful to have discovered it. And they are almost angry it has taken so long for them to make the discovery."

It has a ballad to hum your children to sleep, a poem to dissect in your literary thesis, a sonnet to enjoy on Christmas Eve by the fire, and everything else to dream of about poetry and literature.

"The gods lie dead where the leaves lie red,

For the flame of the sun is flown,

The gods lie cold where the leaves lie gold,

And a child comes forth alone."

Chesterton, A Child of the Snows