The Way of the Samurai (Hardcover) 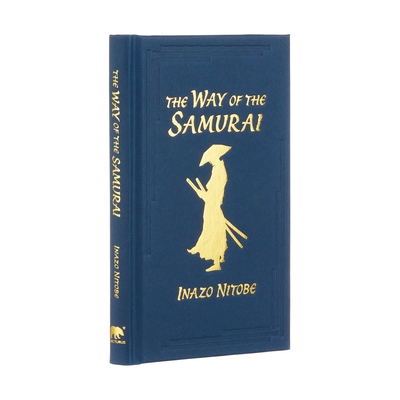 The Way of the Samurai (Hardcover)

A luxurious hardback edition of the classic work The Way of the Samurai, presented with beautiful gold embossing and gilded page edges.

To many people, the word samurai conjures images of menacing masks, long blades and elaborate armor. However, this classic text by Inazo Nitobe reveals the greater depths to samurai culture - they were not simply warriors but an aristocratic class who practiced literary and military arts in equal measure. Essential to this way of life was the samurai's moral code and the quality of bushido, roughly translated as chivalry. The Way of the Samurai provides an intriguing exploration of bushido and other valued qualities such as rectitude or justice, courage, politeness, veracity, honor, loyalty and self-control. It also explores the Samurai's more violent traditions, such as the chilling act of hara-kiri or self-immolation. This mixture of chivalric principles with brutal warfare is fascinating. While many aspects of Samurai culture have disappeared, its principles still have resonance in modern Japanese society and around the globe. This compact gilded hardback edition is an essential read for anybody interested in Japanese culture. ABOUT THE SERIES: Arcturus Ornate Classics are beautifully bound gifts editions of iconic literary works across history. These compact, foil-embossed hardbacks are richly illustrated and printed using deluxe ivory paper.
Inazo Nitobe (1862-1933) was scholar and an educator. After studying at John Hopkins University he maintained his links with the US and tried through his academic career 'to become a bridge across the Pacific'. He wrote Bushido: The Soul of Japan, published here as The Way of the Samurai, in 1899 and the book established his reputation in the West.