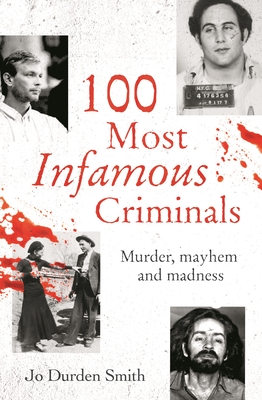 An indispensable introduction to the darker side of life, revealing the often strange and grisly stories behind the world's most infamous murderers, swindlers and crooks.

100 Most Infamous Criminals is an astounding compendium of crimes and their perpetrators. Here you will find the stories of some of history's most notorious criminals, the lives they led, the crimes they committed and the destruction and sorrow they left in their wake. This collection includes such notorious villains as: - Jack the Ripper, the man who terrorized Victorian London.
- Charles Manson, the infamous 60s cult leader.
- Ted Bundy, the serial killer beloved by his neighbors.
- Al Capone, the king of gangsters.
- Harold Shipman, Britain's angel of death. ABOUT THE SERIES: The True Criminals series provides gripping expos's on some of the most twisted criminals the world has ever seen. Augmented by chilling photographs, this series provides snapshots into the minds of these villains and their deadly acts.
Jo Durden Smith has long held a fascination with the world of crime, and what motivates the actions of the most infamous criminals in history. He has written several books on the subject including 100 Most Infamous Criminals and The Mafia.