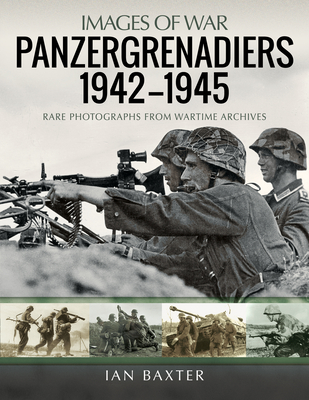 The term Panzergrenadier was introduced in 1942 and applied equally to the infantry component of Wehrmacht, Luftwaffe and later Waffen-SS Panzergrenadiere divisions.

As this classic new Images of War book describes, these elite divisions fought as mechanized infantry and escort for and in close cooperation with panzers and other armoured fighting vehicles. Trained to fight both mounted and on foot, their priority was to maintain the fast momentum of armoured troops on the battlefield.

Using a wealth of rare, often unpublished, photographs with detailed captions and text, the author charts the fighting record of the Wehrmacht and Luftwaffe Panzergrenadiertruppe units.

This includes their initial successes on the Eastern Front. But as defeat approached, they were forced on the defensive on all fronts including the bitter fighting in Italy and the Western Front. As well as describing their many actions, the book details the vehicles and weapons used and main personalities.