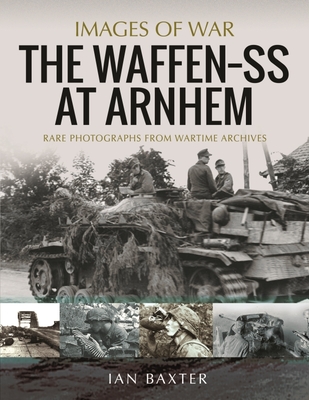 
Not On Our Shelves—Ships in 1-5 Days
The 1944 Arnhem airborne operation, immortalized by the film A Bridge Too Far, will forever be remembered as a great British feat of arms. British and Polish paratroopers displayed outstanding courage and tenacity in a desperate last stand situation. And yet, as this book describes, the plan was fatally flawed as the 9th and 10th SS Panzer Divisions were recuperating and concealed nearby. What followed was a bloody battle of attrition the result of which was arguably inevitable.

Drawing on rare and unpublished photographs, this Images of War series work reveals the historical combat record of the 'Hohenstaufen' and 'Frundsberg' divisions. It describes the intensity of the fighting in and around Arnhem between these elite SS and supporting units against a lightly armed yet equally determined enemy. In spite of the war being only months away from its end and the defeat increasingly certain, the SS soldier remained fanatically motivated.

This superbly illustrated book with its well-researched text and full captions captures the drama of that historic battle for a bridge over the Rhine.