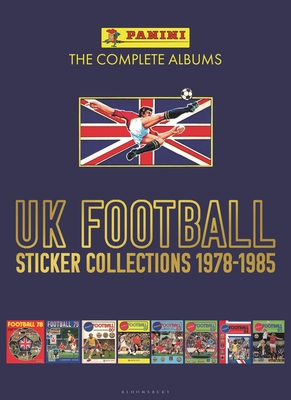 This landmark illustrated book is a fantastic feast of nostalgia for any football fan of a certain age. PANINI albums were a must-have if you were a football-mad kid growing up in the late 70s and 80s, when player stickers were bought, bartered and collected in a treasured rite of passage. This book will bring back all those 'I had that one', 'I'd forgotten about him' and 'look at that haircut!' memories as well as providing in-depth details on all the players and teams of the era.

Licensed by PANINI, this is a comprehensive collection of PANINI'S UK domestic football albums from 1978 to 1985 inclusive. Covering all English First Division and Scottish Premier teams, it features not only all the great teams and players of the era, but the one-season wonders and the also-rans as well.

PANINI was founded in 1961 with the launch of its first Calciatori (Football Players) collection. It now has subsidiaries in Europe, Latin America and the United States. In the run-up to a FIFA World Cup, PANINI produces millions of albums, selling them to over 150 territories.

“This reissued collection of ordinary men turned into immortals is also an elegy to evanescent youth and defunct hairstyles. I felt I remembered half the stickers.” —Simon Kuper, Financial Times