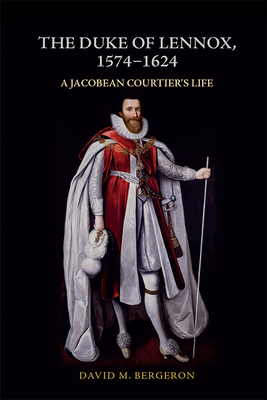 
Not On Our Shelves—Ships in 1-5 Days
This is the first biography of Ludovic Stuart, Duke of Lennox, who served in the court of King James VI of Scotland from 1583 until his unexpected death in 1624. Lennox arrived in Scotland in November 1583, a 9-year-old boy from France and a cousin of the king. For the next 40 years he served James faithfully and skilfully, becoming the quintessential courtier, James's confidant, adviser and friend. Shrewd politician, ambitious and sometimes ruthless, but also beloved by the royal family, Lennox carefully negotiated political and diplomatic minefields. He also participated in the arts as patron and performer, sponsoring his own acting company, attending drama performances and performing in several court masques. Providing a portrait of this most important courtier, this book covers the politics and cultural life of the Stuart court in Scotland and England. It shows that it is essential to know about Lennox and his unparalleled importance in order to fully understand the reign of King James.
David M. Bergeron is Prof Emeritus of English at the University of Kansas, US. He is the author of several books, including Shakespeare through Letters. New York, London, Lanham: Lexington Books/Rowman & Littlefield, 2020, Shakespeare's London 1613. Manchester, UK: Manchester University Press, 2017, Textual Patronage in English Drama, 1570-1640. Aldershot, UK: Ashgate, 2006 and King James and Letters of Homoerotic Desire. Iowa City: Univ. of Iowa Press, 1999.