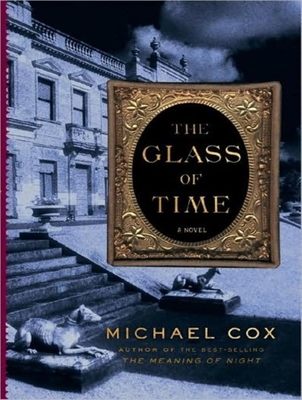 “In the spirit of Dickens, this breathless historical suspense novel set in 1870s Britain follows an orphaned young woman on a mission: She's been sent as a maid to infiltrate the grand country house of Evenwood, uncover its venerable family's buried secrets, and put right the injustices that have clouded her life.”
— Mark David Bradshaw, Watermark Books, Wichita, KS

Like its predecessor, The Meaning of Night, Michael Cox's The Glass of Time is an engrossing period mystery about identity, the nature of secrets, and what happens when past obsessions impose themselves on an unwilling present. In the autumn of 1876, nineteen-year-old orphan Esperanza Gorst arrives at the great country house of Evenwood to become a lady's maid to the twenty-sixth Baroness Tansor. But Esperanza is no ordinary servant. She has been sent by her guardian, the mysterious Madame de l'Orme, to uncover the secrets that her new mistress has sought to conceal and to set right a past injustice in which Esperanza's own life is bound up. At Evenwood, she meets Lady Tansor's two dashing sons, Perseus and Randolph, and finds herself enmeshed in a complicated web of seduction, intrigue, deceit, betrayal, and murder. Few writers are as gifted at evoking the sensibility of the nineteenth century as Michael Cox, who has made the world of Charles Dickens and Wilkie Collins his own.
Michael Cox is the author of "The Meaning of Night," which was shortlisted for the 2007 Costa First Novel Award.