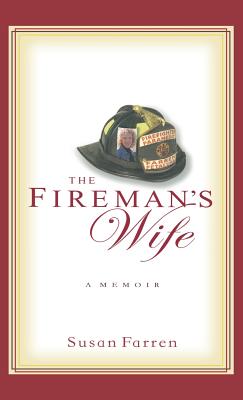 
Not On Our Shelves—Ships in 1-5 Days
Susan Farren didn't plan on marrying a fireman. Having herself spent several years as a paramedic, she knew too well the dangers of the emergency profession. But as fate would have it, she met Dan -- and everything changed. Suddenly she was married to a man who had wanted to be a fireman ever since he was a child, and she found herself faced with the sacrifices and struggles that accompany this challenging career. Being a fireman's wife meant relocating her family, living without her husband for days at a time, and wondering every time she heard a siren if he would make it home safely. Ultimately, it also meant receiving the phone call every fireman's wife fears may come: the news that her husband had been in an accident.Susan speaks on behalf of thousands of firemen's wives nationwide -- the women who hold down the fort while their husbands are on the job. Their sacrifice is our gain, and for the first time, this book tells their story.
Susan Farren is a former paramedic who transitioned out of a full-time career to be a stay-at-home wife and mother of five. An inspirational speaker, she lives with her family in Northern California.