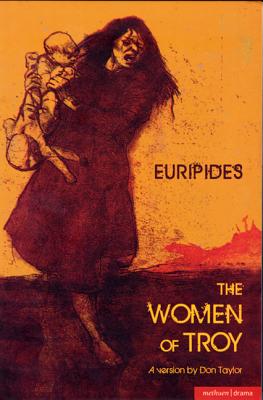 An industrial port of a war-torn city. Women survivors wait to be shipped abroad. Officials come and go. A grandmother, once Queen, watches as her remaining family are taken from her one by one. The city burns around them.

Euripides' great anti-war tragedy is published in Don Taylor's translation to coincide with the National Theatre's production directed by Katie Mitchell in the Lyttelton auditorium. This edition of the play features an introduction by the translator setting the play in its historical and dramaturgical context.
Euripides was born near Athens circa 480 BC and grew up during the years of the Athenian recovery af ter the Persian Wars. His first play was presented in 455 BC and he wrote some hundred altogether of which nineteen survived. He died in 406 BC at the court of the King of Macedon.