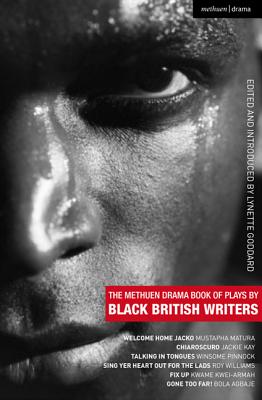 The Methuen Drama Book of Plays by Black British Writers provides an essential anthology of six of the key plays that have shaped the trajectory of British black theatre from the late-1970s to the present day. In doing so it charts the journey from specialist black theatre companies to the mainstream, including West End success, while providing a cultural and racial barometer for Britain during the last forty years.

It opens with Mustapha Matura's 1979 play Welcome Home Jacko which in its depiction of a group of young unemployed West Indians was one of the first to explore issues of youth culture, identity and racial and cultural identification. Jackie Kay's Chiaroscuro examines debates about the politics of black, mixed race and lesbian identities in 1980s Britain, and from the 1990s Winsome Pinnock's Talking in Tongues engages with the politics of feminism to explore issues of black women's identity in Britian and Jamaica. From the first decade of the twenty-first century the three plays include Roy Williams' seminal pub-drama Sing Yer Hearts Out for the Lads, exploring racism and identity against the backdrop of the World Cup; Kwame Kwei-Armah's National Theatre play of 2004, Fix Up, about black cultural history and progress in modern Britain, and finally Bola Agbage's terrific 2007 debut, Gone Too Far , which examines questions of identity and tensions between Africans and Caribbeans living in Britain. Edited by Lynnette Goddard, this important anthology provides an essential introduction to the last forty years of British black theatre.
Six important black British playwrights whose work spans four decades.

"A rich read-or source of performance ideas-for students and others.—The Stage "This volume is valuable in that it brings together works from four different decades by writers who are clearly proud of their heritage."—British Theatre Guide