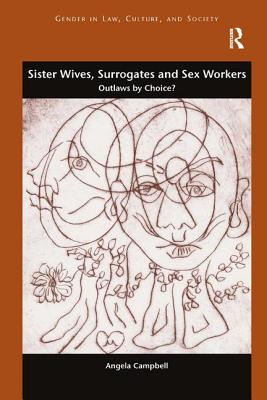 
Not On Our Shelves—Ships in 1-5 Days
(This book cannot be returned.)
Did she choose that?' Or, more normatively, 'Why would she choose that?' This book critiques and offers an alternative to these questions, which have traditionally framed law and policy discussions circulating around controversial genderized practices. It examines the simplicity and incompleteness of choice-based rhetoric and of presumptions that women's conduct is shaped, in an absolute way, either by choice or by coercion. This book develops an analytical framework that aims to discern the meaning and value that women may ascribe to morally ambiguous practices. An analysis of law's approach to polygamy, surrogacy and sex work, particularly in Canada, the United Kingdom and Australia, provides a basis for evaluating the choice-coercion binary and for contemplating alternate modes for assessing, from a law and policy standpoint, the palatability of social practices that appear pernicious to women. Weaving together interdisciplinary research, an innovative analytical framework for assessing choices ostensibly harmful to women, and a critique of the legal rules governing such choices, this book bears relevance for students, scholars, practicing jurists and policymakers seeking a richer understanding of conduct that moves women to the margins of law and society.
Angela Campbell is a professor at McGill University's Faculty of Law and a member of McGill's Institute of Comparative Law and Centre for Human Rights and Legal Pluralism. She teaches in the areas of family law, criminal law, successions, and health law. Her research in these areas aims to interrogate the interface between law and controversial or unorthodox practices associated with marriage, kinship, sexuality and reproduction. Professor Campbell received her B.A., LL.B. and B.C.L. degrees from McGill University, and her LL.M. degree from Harvard Law School, where she was a Frank Knox Fellow. Prior to becoming a law professor, she served as a law clerk to The Honourable Mr. Justice Frank Iacobucci at the Supreme Court of Canada. Sister Wives, Surrogates and Sex Workers: Outlaws by Choice is her first book.