The Art of Directing (Paperback) 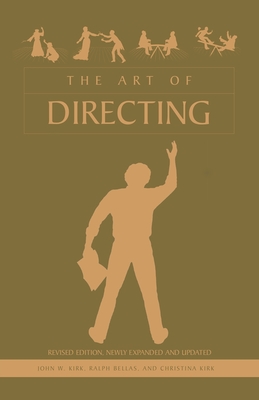 The Art of Directing (Paperback)


Not On Our Shelves—Ships in 1-5 Days
(This book cannot be returned.)
This revision and update of The Art of Directing, with considerable new material developed with the assistance of Christina Kirk of Otterbein College represents a new beginning for this popular text. This version continues to apply the premise "Conflict is the Essence of Drama" to every aspect of the production process. Using a rigorous and functional analysis system, the authors demonstrate how finding the root action of a script and allowing it to function as the power source for all aspects of the production can lead to a dramatically powerful result.
JOHN W. KIRK, BA, MA, Ph.D. PROFESSOR EMERITUS ILLINOIS STATE UNIVERSITY John Kirk, professor, playwright, actor and author, founded the acclaimed Theatre Department at Illinois State University in 1970. In his 31 years as a university faculty member, and Director at the Illinois Shakespeare festival, he worked with many performers who became professionally successful. Among these are Gary Cole, Judith Ivey, Terry Kinney, John Malkovich, Lauri Metcalf, Bill O'Leary, William Petersen, Yvonne Suhor, and many other artists with the famed Steppenwolf Theatre, which was founded by ISU students. Dr. Kirk has written eleven plays and published three books. His book, The Art of Directing, originally published in 1985, is now in its third printing.