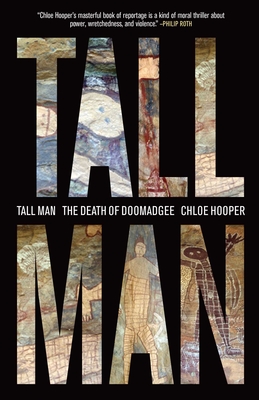 
Not On Our Shelves—Ships in 1-5 Days
In 2004 on Palm Island, an Aboriginal settlement in the "Deep North" of Australia, a thirty-six-year-old man named Cameron Doomadgee was arrested for swearing at a white police officer. Forty minutes later he was dead in the jailhouse. The police claimed he'd tripped on a step, but his liver was ruptured. The main suspect was Senior Sergeant Christopher Hurley, a charismatic cop with long experience in Aboriginal communities and decorations for his work.

Chloe Hooper was asked to write about the case by the pro bono lawyer who represented Cameron Doomadgee's family. He told her it would take a couple of weeks. She spent three years following Hurley's trail to some of the wildest and most remote parts of Australia, exploring Aboriginal myths and history and the roots of brutal chaos in the Palm Island community. Her stunning account goes to the heart of a struggle for power, revenge, and justice. Told in luminous detail, Tall Man is as urgent as Bury My Heart at Wounded Knee and The Executioner's Song. It is the story of two worlds clashing—and a haunting moral puzzle that no reader will forget.
Chloe Hooper's most recent book is the bestselling The Arsonist: A Mind on Fire. The Tall Man: Death and Life on Palm Island won the Victorian, New South Wales, West Australian and Queensland Premiers’ Literary Awards, as well as the John Button Prize for Political Writing, and a Ned Kelly Award for crime writing. She is also the author of two acclaimed novels, A Child’s Book of True Crime and The Engagement. She lives in Melbourne with her partner and her two sons.