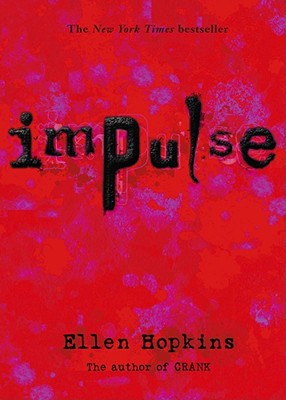 
Not On Our Shelves—Ships in 1-5 Days
From the bestselling author of Crank, the story of three kids whose lives collide at a mental hospital after each attempts suicide.

Sometimes you don't wake up. But if you happen to, you know things will never be the same.

Three lives, three different paths to the same destination: Aspen Springs, a psychiatric hospital for those who have attempted the ultimate act—suicide.

Vanessa is beautiful and smart, but her secrets keep her answering the call of the blade.

Tony, after suffering a painful childhood, can only find peace through pills.

And Conner, outwardly, has the perfect life. But dig a little deeper and find a boy who is in constant battle with his parents, his life, himself.

In one instant each of these young people decided enough was enough. They grabbed the blade, the bottle, the gun—and tried to end it all. Now they have a second chance, and just maybe, with each other's help, they can find their way to a better life—but only if they're strong and can fight the demons that brought them here in the first place.
Ellen Hopkins is the #1 New York Times bestselling author of numerous young adult novels, as well as the adult novels such as Triangles, Collateral, and Love Lies Beneath. She lives with her family in Carson City, Nevada, where she has founded Ventana Sierra, a nonprofit youth housing and resource initiative. Follow her on Twitter at @EllenHopkinsLit.