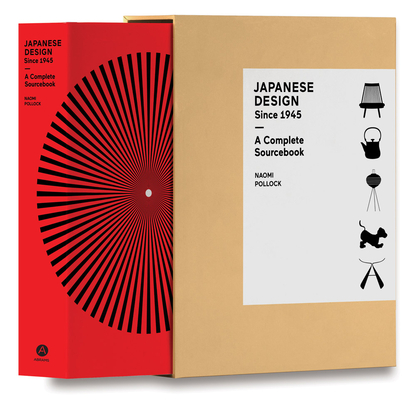 
Not On Our Shelves—Ships in 1-5 Days
A groundbreaking, comprehensive overview of postwar Japanese design

For the Japanese, the concept of design is not limited to functionality and materiality—it is deeply connected with culture and tradition. In this sense, everyday objects become more than their function: they are to be reﬂected upon, to be touched and cherished. As mass manufacture became widespread in the postwar period, fascinating cross-cultural exchanges began to take place between Japan and the West. And in recent years, a new generation of designers has taken Japanese creativity into entirely new territory, reconceptualizing the very meaning of design. Showcasing hundreds of objects and contributions from both Japanese and Western designers inspired by Japan, this volume will remain the deﬁnitive work on the subject for many years to come.

Naomi Pollock is an American architect who writes about Japanese design and architecture. Her work has appeared in numerous publications on both sides of the Pacific, including A+U, Dwell, Kinfolk, Wallpaper*, and Architectural Record, for whom she is the Special International Correspondent. In addition, she is the author of several books, including Modern Japanese House, Made in Japan: 100 New Products, Jutaku: Japanese Houses and Sou Fujimoto. In 2018, she was selected to join the College of Fellows of The American Institute of Architects.