Our Color Our Kind: a Male Bedside Reader (Hardcover) 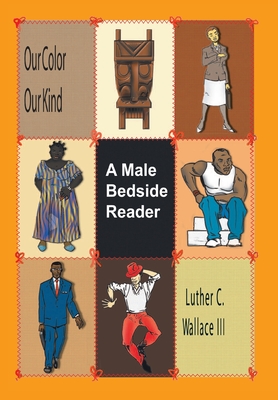 Our Color Our Kind: a Male Bedside Reader (Hardcover)


Not On Our Shelves—Ships in 1-5 Days
(This book cannot be returned.)
Deeply affected by the African Diaspora and Pan African Dispersal, this Vietnam Veteran yearns for the day when we begin to look honestly at the development of skills that will increase positive interactions among peoples of all colors. To do less, devalues the spirit of the Earth and its inhabitants. This notion drove him to study Psychology as a baccalaureate (California State University, Northridge, 1970). He spent the years after Viet Nam, 1968 to 2002 working in non-profit organizations. More than twenty-five years of that service was applied in various management capacities. In recent years Wallace has headed up his own consulting company, Wallace & Associates, and has recently received an MBA from the University of Phoenix. Our Color, Our Kind: A Male Bedside Reader, is a reflection of those years and experiences. More deeply, it is a compilation of the spirit of humankind as told in story form, and to satisfy the tad of voyeurism we all maintain inside.
Luther C. Wallace III is a second generation Californian. His paternal grandparents arrived in the Imperial Valley region during the early years of the twentieth century. He has had a lifelong burning desire to capture the raw emotions and language of the condition human.