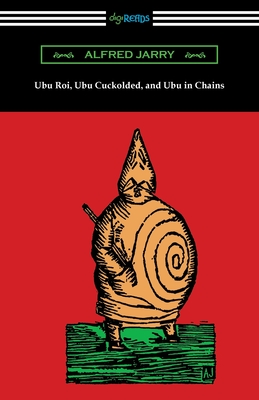 Considered by some to have contributed to the birth of modernism, "Ubu Roi" is a comical play that is at once a wild and bizarre work which overturned the cultural rules, norms, and conventions of its day. A precursor to the "Theatre of the Absurd", the play satirizes the complacency, greed, and abuse of power by the ruling class. Largely a parody of Shakespeare's "Macbeth" as wells as in part several other Shakespearian plays, "Ubu Roi" follows the titular Ubu whose wife convinces him to murder the King of Poland and most of the Royal family. Through the use of dialogue that appears both obscene and childish Jarry evokes a deeper symbolic meaning. In addition to "Ubu Roi", Alfred Jarry wrote two sequels, "Ubu Cuckolded", and "Ubu in Chains", which were never performed in his lifetime. According to Jarry this trilogy can be described by the philosophy of "pataphysics" or the "science of imaginary solutions". This collection of plays exhibits Alfred Jarry's comical genius and established him as a progenitor of the modernist literary movement. This edition is printed on premium acid-free paper and follows the translations of Beverley Keith and G. Legman.