Reveries of the Solitary Walker (Paperback) 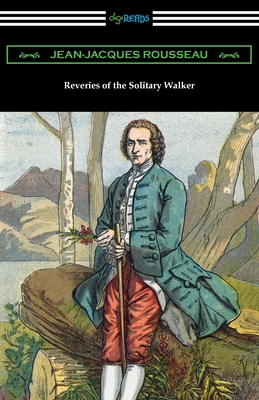 Reveries of the Solitary Walker (Paperback)

Born on June 28, 1712, the Genevan philosopher, novelist and essayist Jean-Jacques Rousseau was one of the most prominent and definitive minds of the Enlightenment. Self-taught, Rousseau dabbled in many fields, keeping journals of his interests in science, mathematics, music, astronomy, botany, music, literature, and philosophy. He achieved sudden success and subsequent fame with his "A Discourse on the Arts and Sciences", a work that cemented his pivotal place in the history of the Enlightenment and philosophy as a whole. "Reveries of the Solitary Walker" is an unfinished work, one of the last composed in Rousseau's lifetime. The book is composed of ten chapters, called "walks". Walks eight and nine were never revised, and the tenth walk is incomplete. Regardless, this work, like others written near the end of his life, is greatly autobiographical, consisting of descriptions of walks he took around Paris, as well as further comment on arguments he previously made, concerning education and political philosophy, among other subjects. This edition is printed on premium acid-free paper.