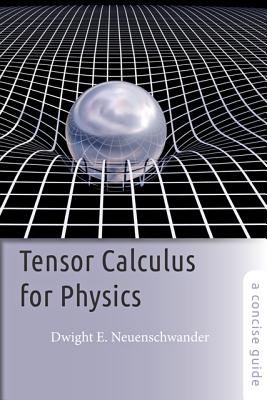 Using a clear, step-by-step approach, this book explains one of the more difficult--yet crucial--topics in physics.

Understanding tensors is essential for any physics student dealing with phenomena where causes and effects have different directions. A horizontal electric field producing vertical polarization in dielectrics; an unbalanced car wheel wobbling in the vertical plane while spinning about a horizontal axis; an electrostatic field on Earth observed to be a magnetic field by orbiting astronauts--these are some situations where physicists employ tensors. But the true beauty of tensors lies in this fact: When coordinates are transformed from one system to another, tensors change according to the same rules as the coordinates. Tensors, therefore, allow for the convenience of coordinates while also transcending them. This makes tensors the gold standard for expressing physical relationships in physics and geometry.

Undergraduate physics majors are typically introduced to tensors in special-case applications. For example, in a classical mechanics course, they meet the "inertia tensor," and in electricity and magnetism, they encounter the "polarization tensor." However, this piecemeal approach can set students up for misconceptions when they have to learn about tensors in more advanced physics and mathematics studies (e.g., while enrolled in a graduate-level general relativity course or when studying non-Euclidean geometries in a higher mathematics class).

Dwight E. Neuenschwander's Tensor Calculus for Physics is a bottom-up approach that emphasizes motivations before providing definitions. Using a clear, step-by-step approach, the book strives to embed the logic of tensors in contexts that demonstrate why that logic is worth pursuing. It is an ideal companion for courses such as mathematical methods of physics, classical mechanics, electricity and magnetism, and relativity.

Dwight E. Neuenschwander is a professor of physics at Southern Nazarene University. He is a columnist for the Observer, the magazine of the Society for Physics Students, and the author of Emmy Noether's Wonderful Theorem, also published by Johns Hopkins, and How to Involve Undergraduates in Research: A Field Guide for Faculty.