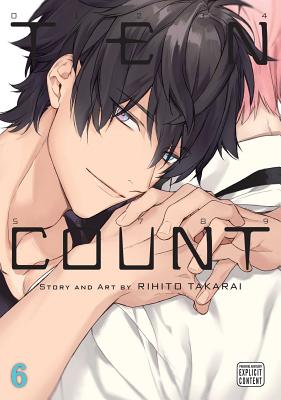 This is book number 6 in the Ten Count series.

Corporate secretary Shirotani suffers from obsessive-compulsive disorder. One day he meets Kurose, a therapist who offers to take him through a ten-step program to cure him of his compulsion. As the two go through each of the ten steps, Shirotani’s attraction to his counselor grows.

Shirotani and Kurose continue to grow ever closer as a couple. One day, while out on a date with Kurose, Shirotani runs into Ueda, the woman responsible for triggering his germophobia. The encounter causes emotions Shirotani has long buried to surface. Will this be the catalyst that drives Shirotani to once and for all allow number ten on his list?
This is Rihito Takarai’s second English-language release, with her first being Seven Days. She has also been published in French, Spanish, and German. Born in Hiroshima Prefecture in October, she’s a Libra with an O blood type.