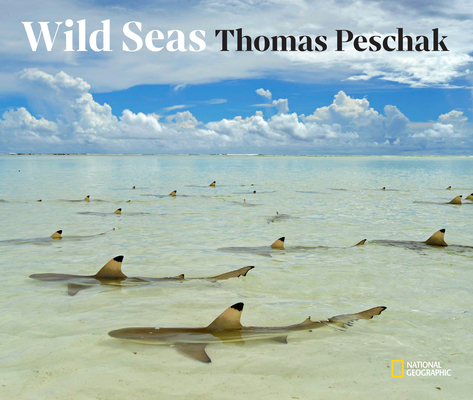 
In Stock—Click for Locations
One of @NatGeo's most popular nature photographers shares 200 breathtaking images -- and the stories behind them -- from a wide swath of wild ocean locales around the globe.

From gregarious gray whales plying the waters of Baja California to acrobatic manta rays in the Maldives and parading penguins in Antarctica, National Geographic photographer Thomas Peschak has spent a lifetime documenting the beauty and fragility of underwater life and the majesty of wild coastlines.

This awe-inspiring book of photography charts his transformation from marine biologist to full-time conservation advocate, armed with little more than a mask, fins and a camera. In these vivid pages, Peschak photographs sharks in a feeding frenzy, tracks sea turtles the size of bears, and dodges marine poachers, to reveal the splendor of pristine seas as well as the dark side of pollution, overfishing, and climate change.

Thomas Peschak is a National Geographic photographer who documents the beauty and fragility of the world's oceans and coasts. Originally trained as a marine biologist, he embraced photography after realizing his images could have a greater conservation impact than his research. As the Director of Storytelling for the Save our Seas Foundation and a National Geographic Society Fellow, he merges science with photojournalism to tackle critical conservation issues. His TED Talk, "Dive into an Ocean Photographer's World" has been viewed more than one million times. When he is not underwater or exploring remote islands, Peschak calls Cape Town, South Africa home.