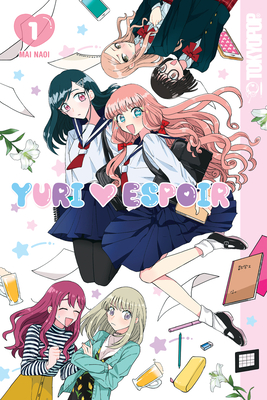 This is book number 1 in the Yuri Espoir series.

After finding out she is to be forced into an marriage of convenience as soon as she graduates high school, Kokoro sees her life ending before her eyes at her father's wishes. And so in her final year of high school, she decides to indulge in her love of other women, and create an incredible sketchbook of lesbian romance to leave behind as her legacy. As she observes the young women of her town, she learns more about their desires, their struggles, and the unpredictable whims of love.

Mai Naoi is a manga artist who lives in Hokkaido, Japan. She entered the Touryuumon 7 contest for aspiring manga artists held by Comic Ryu magazine in May 2017, and won first place with Curry wo Taberu Femme Fatale. Yuridenaru Espoir is her first published manga series.