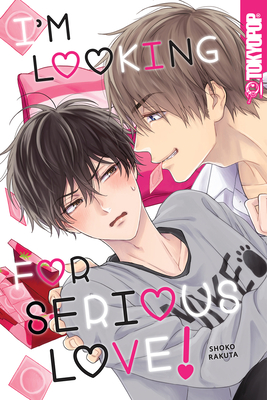 Born and raised in the countryside, Kyouhei immediately clashes with his next door neighbor, an outgoing playboy called Takara, when he moves to Tokyo. As someone who's always been teased for being a country bumpkin, he doesn't exactly have much in common with an extroverted city boy.

But when Takara makes a move on him one day, Kyouhei can't get it out of his mind. Even though he can barely stand Takara, he can't help finding himself strangely drawn to him. But Kyouhei's not looking for a one night stand; he's looking for serious love!

This book contains explicit content and darker elements, including mature language, violence, and non-consensual sex. It is not intended for anyone under 18 years of age.