On or Off, Volume 2 (Paperback) 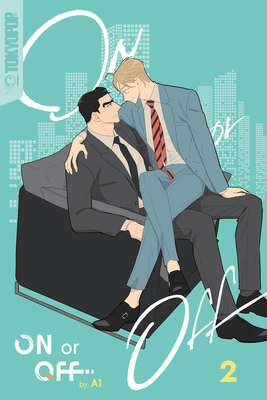 On or Off, Volume 2 (Paperback)

This is book number 2 in the On or Off series.

Winner of the Ridibooks 2019 BL Awards. Published in English for the first time in full color and fully uncensored!

Yiyoung and his college friends have formed a startup company together, and even managed to score a proposal meeting with the illustrious SJ corporation. But when he meets Kang Daehyung, a handsome corporate big shot that's just his type, can Yiyoung keep his cool long enough to succeed in both his love life and his career?

This book contains mature themes and explicit sexual content, including situations involving dubious consent and age gap. It is not intended for anyone under 18 years of age.
A1 is a Korean manhwa and manga artist, also credited as Mahiro Makino. She's known for On or Off, Kikonsha Desu Kedo, Nani ka?, and Maison de Danah.