A Declaration of Sentiments and Resolutions (Hardcover) 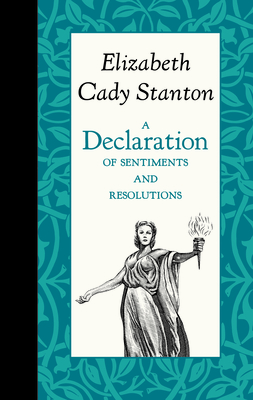 A Declaration of Sentiments and Resolutions (Hardcover)


Not On Our Shelves—Ships in 1-5 Days
One of the defining documents of the women's rights movement in the United States is the Declaration of Sentiments and Resolutions. Principally authored by Elizabeth Cady Stanton, the declaration was signed by one hundred attendees--sixty-eight women and thirty-two men--at the Seneca Falls Convention in Seneca Falls, NY in July 1848. The controversial and courageous document stated: "...because women do feel themselves aggrieved, oppressed, and fraudulently deprived of their most sacred rights, we insist that they have immediate admission to all the rights and privileges which belong to them as citizens of these United States. It would be another seventy-two years before the 19th Amendment to the U.S. Constitution was ratified, giving women the right to vote. This short work is part of Applewood's "American Roots series, tactile mementos of American passions by some of America's most famous writers and thinkers.