The Game Ranger, the Knife, the Lion and the Sheep: 20 Tales about Curious Characters from Southern Africa (Paperback) 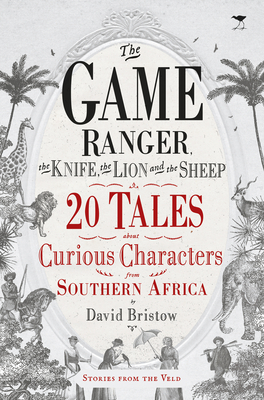 The Game Ranger, the Knife, the Lion and the Sheep: 20 Tales about Curious Characters from Southern Africa (Paperback)


Special Order—Subject to Availability
David Bristow offers spellbinding stories of some amazing, little-known characters from South Africa, past and very past. There is Krotoa, the Khoi maiden who is found working in the Van Riebeeck household as both servant and interpreter, who became the concubine of Danish surgeon Pieter Van Meerhoff and later his wife. Mevrou Maria Mouton, who preferred to socialize with the slaves than her husband on their farm in the Swartland, and conspired to murder him. And the giant Trekboer Coenraad de Buys—rebel, renegade, a man with a price on his head who married many women and fathered a small nation. The explorer Lichtenstein called him a modern-day Hercules. These characters and more are brought to life in The Game Ranger, the Knife, the Lion and the Sheep.
David Bristow grew up on the Highveld, north of Johannesburg. Just a few years into working as a journalist back in Johannesburg he resigned to write his first book, Mountains of Southern Africa. Some 20 coffee-table style books later, he began to write paperback narratives about southern Africa. This is his second book in this style.