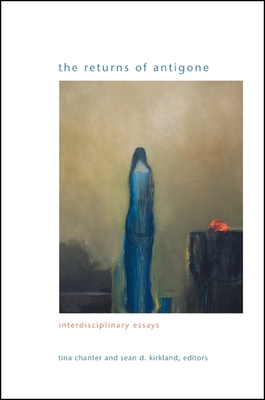 
Special Order—Subject to Availability
Despite a venerable tradition of thinkers having declared the death of tragedy, Antigone lives on. Disguised in myriad national costumes, invited to a multiplicity of international venues, inspiring any number of political protests, Antigone transmits her energy through the ages and across the continents in an astoundingly diverse set of contexts. She continues to haunt dramatists, artists, performers, and political activists all over the world. This cutting-edge, interdisciplinary collection explores how and why, with essays ranging from philosophical, literary, and political investigations to queer theory, race theory, and artistic appropriations of the play. It also establishes an international scope for its considerations by including assessments of Latin American and African appropriations of the play alongside European receptions of the play.
Tina Chanter is Head of the School of Humanities at Kingston University in the United Kingdom. Her many books include Whose Antigone? The Tragic Marginalization of Slavery, also published by SUNY Press. Sean D. Kirkland is Associate Professor of Philosophy at DePaul University and the author of The Ontology of Socratic Questioning in Plato's Early Dialogues, also published by SUNY Press.