The Tragedy of Optimism (Paperback) 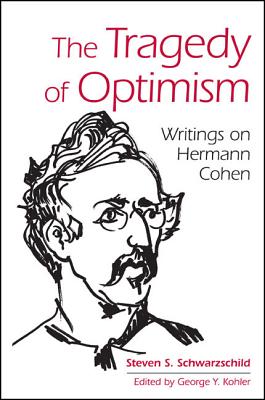 The Tragedy of Optimism (Paperback)


Not On Our Shelves—Ships in 1-5 Days
(This book cannot be returned.)
Steven S. Schwarzschild (1924-1989) was arguably the leading expositor of German-Jewish philosopher Hermann Cohen (1842-1918), undertaking a lifelong effort to reintroduce Cohen's thought into contemporary philosophical discourse. In The Tragedy of Optimism, George Y. Kohler brings together all of Schwarzschild's work on Cohen for the first time. Schwarzschild's readings of Cohen are unique and profound; he was conversant with both worlds that shaped Cohen's thought, neo-Kantian German idealism and Jewish theology. The collection covers a wide range of subjects, from ethics, socialism, the concept of human selfhood, and the mathematics of the infinite to more explicitly Jewish themes. This volume includes two of Schwarzschild's previously unpublished manuscripts and a scholarly introduction by Kohler. Schwarzschild shows that despite its seeming defeat by events of the twentieth century, Cohen's optimism about human progress is a rational, indeed necessary, path to peace.
George Y. Kohler is Director of the Joseph Carlebach Institute and Senior Lecturer of Jewish Philosophy at Bar Ilan University, Israel. He is the author of Reading Maimonides' Philosophy in 19th Century Germany: The Guide to Religious Reform.