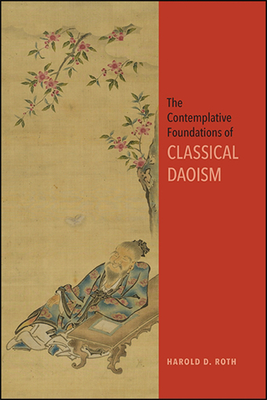 
Not On Our Shelves—Ships in 1-5 Days
(This book cannot be returned.)
In The Contemplative Foundations of Classical Daoism, Harold D. Roth explores the origins and nature of the Daoist tradition, arguing that its creators and innovators were not abstract philosophers but, rather, mystics engaged in self-exploration and self-cultivation, which in turn provided the insights embodied in such famed works as the Daodejing and Zhuangzi. In this compilation of essays and chapters representing nearly thirty years of scholarship, Roth examines the historical and intellectual origins of Daoism and demonstrates how this distinctive philosophy emerged directly from practices that were essentially contemplative in nature.

In the first part of the book, Roth applies text-critical methods to derive the hidden contemplative dimensions of classical Daoism. In the second part, he applies a contemplative hermeneutic to explore the relationship between contemplative practices and classical Daoist philosophy and, in so doing, brings early Daoist writings into conversation with contemporary contemplative studies. To this he adds an introduction in which he reflects on the arc and influence on the field of early Chinese thought of this rich vein of scholarship and an afterword in which he applies both interpretive methods to the vexing question of the authorship of the Inner Chapters of the Zhuangzi. The Contemplative Foundations of Classical Daoism brings to fruition the cumulative investigations and observations of a leading figure in the emerging field of contemplative studies as they pertain to a core component of early Chinese thought.
Harold D. Roth is Professor of Religious Studies and East Asian Studies and the Founder and Director of the Contemplative Studies Program at Brown University. His books include The Textual History of the Huai-nan Tzu; Original Tao: Inward Training (Nei-yeh) and the Foundations of Taoist Mysticism; Daoist Identity: History, Lineage, and Ritual (coedited with Livia Kohn); The Huainanzi: A Guide to the Theory and Practice of Government in Early Han China and The Essential Huainanzi (cotranslated and edited with John S. Major, Sarah A. Queen, and Andrew Seth Meyer).