When Does History Begin?: Religion, Narrative, and Identity in the Sikh Tradition (Paperback) 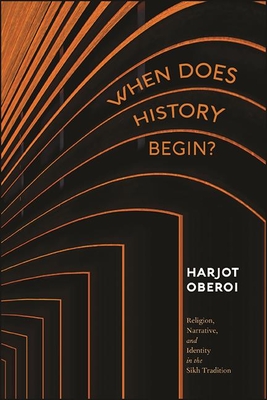 When Does History Begin?: Religion, Narrative, and Identity in the Sikh Tradition (Paperback)


Not On Our Shelves—Ships in 1-5 Days
(This book cannot be returned.)
Focusing on important issues in Sikh religious identity and memory, Harjot Oberoi shows how premodern techniques of narrating the past and truth-telling in South Asia were deeply transformed by colonialism. Indian historiographical praxis has long been problematic. Al-Biruni, the eleventh-century polymath, was puzzled by how people in the subcontinent treated the protocols of history; it escaped his learning that Indian narrative constructions of the past were embedded in an intricate canon of poetical traditions and represented a radical departure from historical narratives in the Islamic, Sinic, and Greco-Roman worlds. Where others tended to search for "facts," people in South Asia looked for "affect." This alternative model for comprehending and evaluating the past--through aesthetics and gradients of taste--generated a crucially different variety of historical consciousness. Oberoi's examination of the Sikh tradition demonstrates what modern critical narrative achieves when it moves away from classical models, traversing significant moments in colonialism, coercion and protest in the Raj, the production of knowledge, the rise of secular nationalism, and modern notions of the self within and outside India.
Harjot Oberoi is Professor of South Asian History at the University of British Columbia, Canada. He is the author of The Construction of Religious Boundaries: Culture, Identity, and Diversity in the Sikh Tradition.