Religion and Empire in Portuguese India: Conversion, Resistance, and the Making of Goa (Paperback) 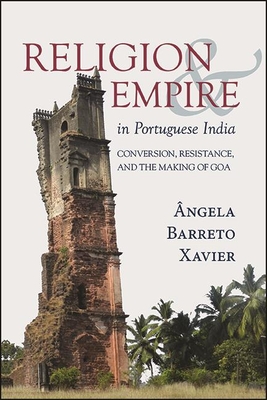 Religion and Empire in Portuguese India: Conversion, Resistance, and the Making of Goa (Paperback)


Not On Our Shelves—Ships in 1-5 Days
(This book cannot be returned.)
How did the colonization of Goa in the sixteenth and seventeenth centuries take place? How was it related to projects for the conversion of Goan colonial subjects to Catholicism? In Religion and Empire in Portuguese India, ngela Barreto Xavier examines these questions through a reading of the relevant secular and missionary archives and texts. She shows how the twin drives of conversion and colonization in Portuguese India resulted in a variety of outcomes, ranging from negotiation to passive resistance to moments of extreme violence. Focusing on the rural hinterlands rather than the city of Goa itself, Barreto Xavier shows how Goan actors were able to seize hold of complex cultural resources in order to further their own projects and narrate their own myths and histories. In the process, she argues, Portuguese Goa emerged as a space with a specific identity that was a result of these contestations and interactions. The book de-essentializes the categories of colonizer and colonized, making visible instead their inner-group diversity of interests, their different modes of identification, and the specificity of local dynamics in their interactions and exchanges--in other words, the several threads that wove the fabric of colonial life.