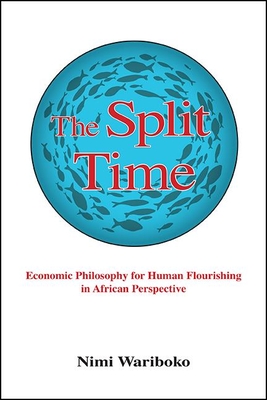 
Not On Our Shelves—Ships in 1-5 Days
(This book cannot be returned.)
The quest for economic development is arguably the most frustrating and tragic dimension of human existence in Africa. As its primary task, The Split Time constructs an economic philosophy from a tradition of thought that is indigenous to Africa, arguing that there are long-neglected resources within African philosophy to guide economic policymakers toward creating an African economy that can sustain human flourishing. Exploring notions of destiny, temporality, and desire, Nimi Wariboko constructs an economic-philosophical framework to rethink solutions to the vexing problem of economic development in Africa. He also provides a robust social-ethical perspective in which the basic aspects of economic life--the agential (accounts of human agency, telos), the circumstantial (material/social context), and the affective (to feel appropriately what matters to a people in an economy or their desire for human flourishing)--come together to fire social imagination about development policies for the common good.
Nimi Wariboko is Walter G. Muelder Professor of Social Ethics at Boston University. He is the author of The Split Economy: Saint Paul Goes to Wall Street and The Split God: Pentecostalism and Critical Theory, both also published by SUNY Press. He has also worked as an investment banker on Wall Street and in Lagos, Nigeria.