Party Switching in Israel: A Historical and Comparative Analysis (Hardcover) 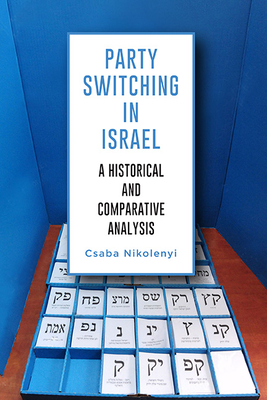 Party Switching in Israel: A Historical and Comparative Analysis (Hardcover)


Coming Soon—Pre-Order Now
This is the first book about the politics of party switching, or floor crossing, better known as kalanterism in Israeli politics. The Israeli parliament adopted legislation in 1991 that imposed penalties on parliamentary defectors. However, as the book documents, the effect of this legislation was extremely puzzling: the frequency of party switches has increased over time, and most switches have taken the form of party splits making Israeli legislative parties increasingly less cohesive and united. Building on evidence from parliamentary debates, committee records and contemporary journalistic accounts, author Csaba Nikolenyi shows that notwithstanding these unexpected consequences, the Israeli anti-defection legislation proved to be an important tool that governments could use to divide their opposition and shore up their often fragile parliamentary base of support.
Csaba Nikolenyi is Professor of Political Science and Director of the Azrieli Institute of Israel Studies at Concordia University in Canada. He is the author of Institutional Design and Party Government in Post-Communist Europe and Minority Governments in India: The Puzzle of Elusive Majorities.