The Power (The Secret Library #2) (Hardcover) 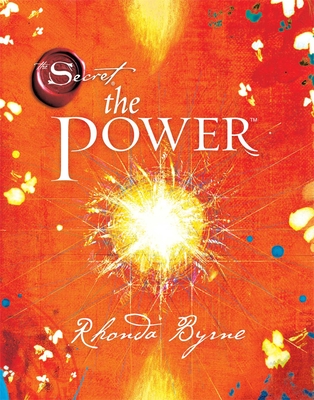 The Power (The Secret Library #2) (Hardcover)

This is book number 2 in the The Secret Library series.

The Secret revealed the law of attraction. Now Rhonda Byrne reveals the greatest power in the universe—The Power to have anything you want.

In this book you will come to understand that all it takes is just one thing to change your relationships, money, health, happiness, career, and your entire life. Every discovery, invention, and human creation comes from The Power. Perfect health, incredible relationships, a career you love, a life filled with happiness, and the money you need to be, do, and have everything you want, all come from The Power. The life of your dreams has always been closer to you than you realized, because The Power—to have everything good in your life—is inside you. To create anything, to change anything, all it takes is just one thing…THE POWER.
Rhonda Byrne is the creator behind The Secret, a documentary film that swept the world in 2006, changing millions of lives and igniting a global movement. Later that same year, Rhonda’s book of The Secret was released. It has been translated into more than fifty languages and remains one of the longest-running bestsellers of all time. Rhonda has written four more bestselling books: The Power in 2010, The Magic in 2012, Hero in 2013, and The Greatest Secret in 2020.