False Flag 911: How Bush, Cheney and the Saudis Created the Post-911 World (Paperback) 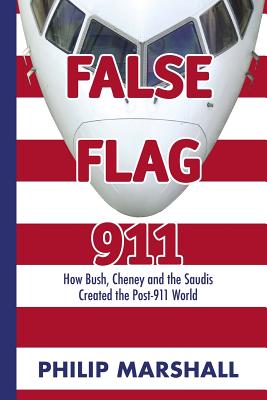 False Flag 911: How Bush, Cheney and the Saudis Created the Post-911 World (Paperback)


Not On Our Shelves—Ships in 1-5 Days
(This book cannot be returned.)
From the flight deck of a Boeing 767, airline captain Philip Marshall pulls back the veil of deception surrounding the 911 attacks. In gripping, authoritative detail he recreates the hijacked flights, including all their technical challenges, exploding the myths behind official accounts of pilot training and tactical planning. His finding: the mission could not have been carried out by any known terrorist group. Explaining for the first time the hijackers' mysterious trips to Las Vegas, where and how they could have been trained, and the document that actually states a political motive for the attacks, he finds abundant evidence implicating a nexus of Saudi officials, American contractors and, most unthinkably, members of the Bush administration. Analyzing 911 in terms of its original tactical plan, Marshall concludes that the attack partially failed, and that its failures could ultimately serve to bring the creators of the Post 911 World to light, if not to justice.