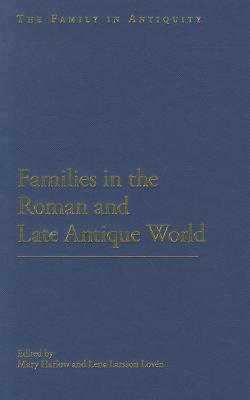 
Not On Our Shelves—Ships in 1-5 Days
This volume seeks to explain developments within the structure of the family in antiquity, in particular in the later Roman Empire and late antiquity. Contributions extend the traditional chronological focus on the Roman family to include the transformation of familial structures in the newly formed kingdoms of late antiquity in Europe, thus allowing a greater historical perspective and establishing a new paradigm for the study of the Roman family. Drawing on the latest research by leading scholars in the field the book includes new approaches to the life course and the family in the Byzantine empire, family relationships in the dynasty of Constantine the Great, death, burial and commemoration of newborn children in Roman Italy, and widows and familial networks in Roman Egypt. In short, this volume seeks to establish a new agenda for the understanding of the Roman family and its transformation in late antiquity.
Mary Harlow is Senior Lecturer in Roman History in the Institute of Archaeology and Antiquity, University of Birmingham. Her research interests include age and ageing in the Roman and late antique world. Lena Larsson Loven is a Research Fellow at the University of Gothenburg working on a major research project on dress codes in ancient Rome.