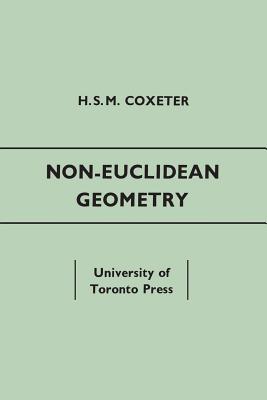 
Not On Our Shelves—Ships in 1-5 Days
(This book cannot be returned.)
The name non-Euclidean was used by Gauss to describe a system of geometry which differs from Euclid's in its properties of parallelism. Such a system was developed independently by Bolyai in Hungary and Lobatschewsky in Russia, about 120 years ago. Another system, differing more radically from Euclid's, was suggested later by Riemann in Germany and Cayley in England. The subject was unified in 1871 by Klein, who gave the names of parabolic, hyperbolic, and elliptic to the respective systems of Euclid-Bolyai-Lobatschewsky, and Riemann-Cayley. Since then, a vast literature has accumulated. The Fifth edition adds a new chapter, which includes a description of the two families of 'mid-lines' between two given lines, an elementary derivation of the basic formulae of spherical trigonometry and hyperbolic trigonometry, a computation of the Gaussian curvature of the elliptic and hyperbolic planes, and a proof of Schlafli's remarkable formula for the differential of the volume of a tetrahedron.