An Introduction to Pollen Analysis (Hardcover) 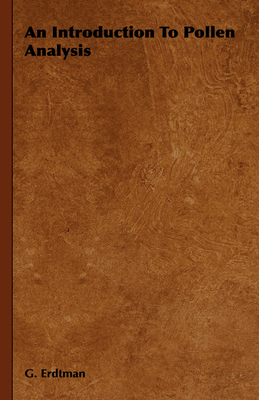 An Introduction to Pollen Analysis (Hardcover)


Not On Our Shelves—Ships in 1-5 Days
(This book cannot be returned.)
It has long been the custom among those making pollen surveys to expose microscope slides coated with a suitable adhesive and examine them for the pollen grains caught. The counts of the various species are tabulated each day and at the end of the season drawn into a graph or pollen spectrum, as it is called, which gives a clear picture of the relative amounts of the different kinds of pollen which are floating in the air from day to day throughout the growing season If done in the north temperate zone such a spectrum will show the pollen of the early flowering trees, at first a trickle, as the junipers, alders and hazels flower, then a deluge as the birches, oaks and pines and many other trees cast their pollen to the air. This is generally followed by a long stream of grass pollen, fluctuating from week to week as the various species come into flower, reach their zenith, then die out giving way to succeeding species And toward the end of the summer pollens of the late flowering weeds make their appearance, nowadays in most places completely dominated by that of the ragweed. If the record is repeated the following year the spectrum will be nearly the same The succession can be counted on to repeat itself with subtle change from year to year for many years to come, unless some cataclysm changes the surrounding vegetation which contributes to the pollen spectrum, for it is always a faithful representation of the surrounding vegetation.