Science, Gender and History: The Fantastic in Mary Shelley and Margaret Atwood (Hardcover) 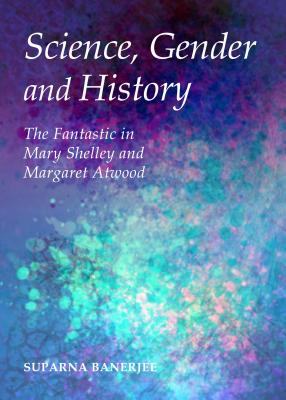 Science, Gender and History: The Fantastic in Mary Shelley and Margaret Atwood (Hardcover)


Special Order—Subject to Availability
(This book cannot be returned.)
The first substantial study comparing Mary Shelley and Margaret Atwood, this book examines a selection of their speculative/fantastic novels from a feminist postcolonial perspective. Reading Atwood's The Handmaid's Tale and Oryx and Crake alongside Shelley's Frankenstein and The Last Man, the author brings out the broad convergences in the way the two authors-separated by more than a century-perceive the dialectic of science, gender and the processes of history and history-making.Both authors, as this book shows, critique the ideologies and praxes of modern science, pointing out the sexism and reductionism innate to them. The meaning of the (post)human is explored in the context of the Nature/Culture debate and contemporary biotechnology's eugenic ambitions. Shelley's prescient anti-colonialism-part of her critique of masculine (Romantic) egotism-is reflected in Atwood's critique of the nexus between technoscience and the imperialism of global capital. The negative futurities envisioned by the two authors undercut scientific positivism and subvert the notion of history as Progress. Historiography, too, becomes a theme as both Shelley and Atwood bring out the masculinist biases inherent to mainstream history making. The cultural constructs of 'femininity', intergender 'love' and motherhood are examined by both authors and women's inordinate absorption in relational existence is lamented. The stratified and gendered schism between the Public/'cultural' and the Private/'natural' -- basic to the scientific worldview and, ultimately, to patriarchy itself -- is denounced and the connection between the personal and the (sexual-)political is underscored.The vision that emerges is that of a shared perception of the values of technoscience and capitalistic imperialism as being at odds with personal liberty and individuality, especially for women, and with familial and communal wellbeing, economic equity and environmental stability. 'Reason' and rationalistic intelligence on the one hand and feelings and the imagination on the other, both authors imply, need to be equally cultivated and integrated: humanistic education and Art, especially literature, emerge as the saving graces. One major highlight of the book is the way the author goes beyond a strong critical consensus on Frankenstein and reads the novel not as a denunciation of technological violation of nature, but as a subversion of the thematic itself of Nature versus Culture. Similar fresh readings are offered on the gender question in The Last Man and on Atwood's engagement with 'feminist mothering' in Oryx and Crake.
Suparna Banerjee is an independent language trainer, columnist and reviewer based in Kolkata, India. She has been contributing frequently to leading English dailies in India since 2012. Her scholarly articles have been published in English Studies, Women's Studies and the Journal of International Women's Studies.