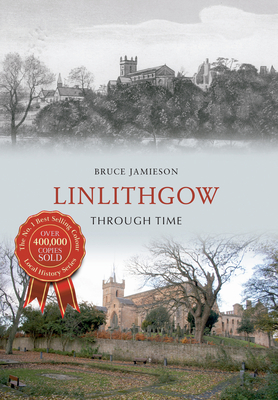 
Special Order—Subject to Availability
Linlithgow, once the county town of Linlithgowshire, is now the ‘Jewel in the Crown’ of West Lothian. Its medieval palace was once the home of the Stuart monarchs of Scotland and the birthplace of Mary, Queen of Scots. Its population has increased over the last forty years from 5,000 to 15,000 – largely due to its popularity as a commuter town on the rail line to Edinburgh, Glasgow and Stirling.Linlithgow grew around its royal residence and developed from a small market town into an important royal burgh, trading with many overseas destinations through its port of Blackness. With an energetic local population and thousands of tourists visiting its historic monuments and shops, Linlithgow remains a thriving community today.
Bruce Jamieson has an MA in history from the University of Edinburgh and was a history teacher for 35 years. He is well known in the area for his keen interest in local history. He is currently working as a tour guide for his own ghost walk company and runs regular lectures on Scottish history. He is the author of several books, including Linlithgow in Picture Postcards and Old Linlithgow, as well as several books on North Berwick.