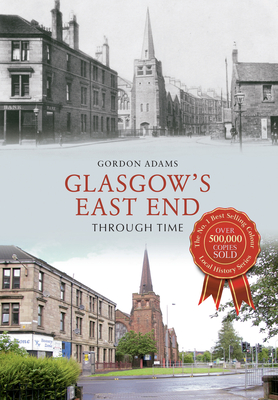 
Special Order—Subject to Availability
The history of Glasgow extends back into the mists of legend, even beyond the sixth century AD when the city’s patron saint, St Mungo, entered its story. From a small monastic community on the banks of the Molendinar Burn, Glasgow became the possession of Bishops and Archbishops. With the arrival of the Industrial Revolution, it developed into a powerhouse of the British Empire, and was sometimes credited as the Empire’s Second City.Its teeming population and developed industry brought about problems, particularly to the city’s East End, where housing conditions and poor health became a major concern. Much of Glasgow’s physical history was sacrificed in slum clearances for the benefit of its inhabitants. The east end has never seemed more alive than during the twentieth Commonwealth Games, which the city hosted. It remains a friendly and vigorous place – and surprisingly verdant given its past!
Gordon Adams is a resident of Glasgow’s East End and has a keen interest in the history of the area. He is the author of Glasgow East (The History Press, 2007) and now runs his own Glasgow East End history website, www.glasgowhistory.co.uk/.