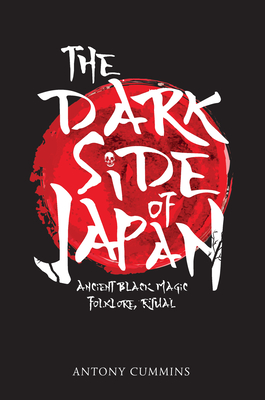 
Backordered
The Dark Side of Japan is a collection of folk tales, black magic, protection spells, monsters and other dark interpretations of life and death from Japanese folklore. Much of the information comes from ancient documents, translated into English here for the first time. Antony Cummins has also searched the now forgotten Victorian volumes on Japanese mythology and explains recent academic research on Japan for the non-expert. Antony has transformed the complex information into a modern rendering, with stories and details that let a modern reader enter into the world of the forgotten legends of old Japan and the superstitions that colour them, some of which still exist today. The Dark Side of Japan is profusely illustrated, with drawings showcasing the 'hellish' concepts within. And remarkably hellish they are, too. Consider the kappa: 'goblin-like creatures that have the body of a child, the face of a tiger adorned with a beak and the shell of a turtle. They drag people into rivers and ponds and drown them. If a woman gives birth to a kappa baby after being raped, the baby is hacked to death.'
Antony Cummins has a degree in Ancient History and Archaeology and a masters in Archaeology. He is the founder of the Historical Ninjutsu Research Team. He has appeared in the documentaries Ninja Shadow Warriors, Samurai Head Hunters, Samurai Warrior Queens, and Ancient Black Ops. He is the author of 10 books, including Book of Ninja, Samurai War Stories, and The Illustrated Guide to Viking Martial Arts.