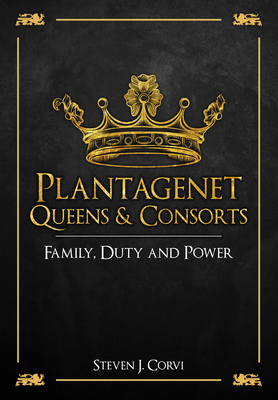 
Not On Our Shelves—Ships in 1-5 Days
This book examines the lives and influence of 12 figures, comparing their different approaches to the manipulation and conservation of political power in what is always described as a man’s world. On the contrary, there is strong evidence to suggest that these women had more political impact than those who came after—with the exception of Elizabeth I—right up to the present day. Beginning with Eleanor of Provence, loyal spouse of Henry III, the author follows the thread of Queenship: Philippa of Hainault, Joan of Navarre, Katherine Valois, Elizabeth Woodville, Anne Neville, and others, to Henry VII’s Elizabeth of York. These are not marginal figures. Elizabeth was the daughter, sister, niece, wife, and mother of successive Kings of England. As can be seen from the names, several are ostensibly "outsiders" twice over, as female and foreign. With specially commissioned photographs of locations and close examination of primary sources.
Dr. Steven Corvi is the author of Victoria's Generals and has been an advisor and commentator for documentaries produced for The History Channel.